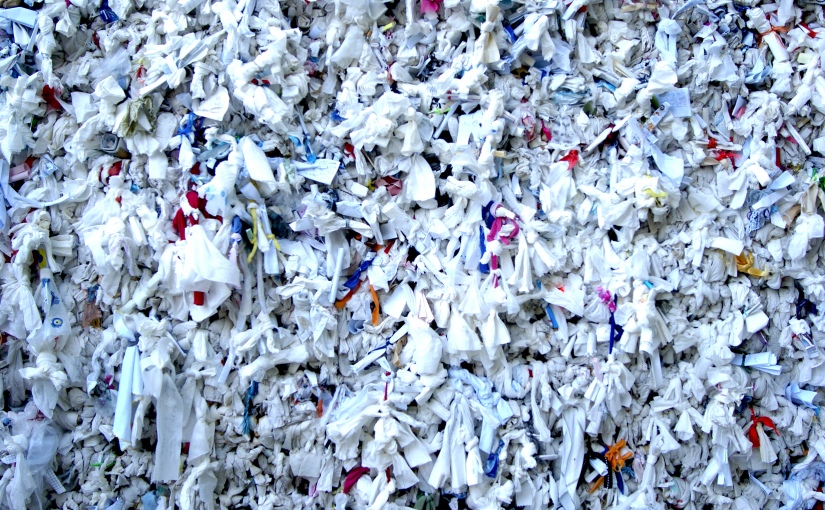 When I encounter the word of knot or wish, it always brings me back to the house of Virgin Mary on the top of the hill in Kusadasi, Turkey. The endless knots on the boards left there, tied. There is a myth that a wish comes true if a person writes it down on a paper and ties a paper knot at Virgin Mary’s church and comes back to untie it. And that spectacle of the uncountable number of the tied knots made my heart drop, very sad…humans… their wishes… their hopes… stuck to the wall.

Kusadasi… if I can travel again by myself, I will go there. I’ll take my time being there among the mystery of Amazons and the remnants of Romans… the sun, the sea, and the kind locals… I put some money in the donation box in the church, but I didn’t tie a knot there. I felt it was useless… hoping, hoping for something… and I shocked to watch them but couldn’t turn my head away because there was something beautiful in there, the desperate longings being written down on a piece paper hoping for another visit to untie, to unravel their wishes.

I loved the olives and the anchovies when I was there. Some Spanish red wine would suit great. All coffee tasted terrible. But for a month, I will be fine without coffee.

A couple of years later after my trip, I saw the corpses on the beach of Kusadasi of Syrian refugees in the news. The boats they were fleeing turned over and the people on board drowned. Their bodies washed to the shore of the Mediterranean islands and beaches.  Hardships and tragedies rob beauty of something… somewhere… or sometimes, the beauty of the backdrop intensifies the feel of tragedy.

Still, Kusadasi is one of the two places I want to visit and stay for a while… I can drive to Ithaki, Greece or take a trip to Tipasa, Algeria. I was behind a big DSLR camera on my first trip there. I didn’t want to engage with people I was with at that time. So hiding behind the lens was a safe place for me … I had my wall, my wall up to my nose… what did I wish then? What do I wish now?
Maybe, I have a knot on the wishing wall which I don’t believe, an invisible knot that my heart wrote something down in secret that I didn’t even know at that time what it was… maybe, I need to untie that on that hill which I didn’t believe the stay of the Virgin Mary either… or… I just want to see one more time the absurd human wishes, tied, tied, tied… waiting for the release… in vain… under the sun, under the breeze from the ocean that has the indescribably beautiful color of blue.